The focus of financial institutions makes them subject to a particular security risk. It is not just a matter of protecting customers during online banking with PIN and TAN for example. Sensitive customer data kept on site must not find their way into the hands of unauthorised persons either. The health and protection of bank employees is also a key issue for financial institutions of course. The reasons outlined above and the currently tense security situation lead to financial institutions paying close attention to professional security solutions which prevent unauthorised access to office areas effectively.

Only one system meets all the criteria 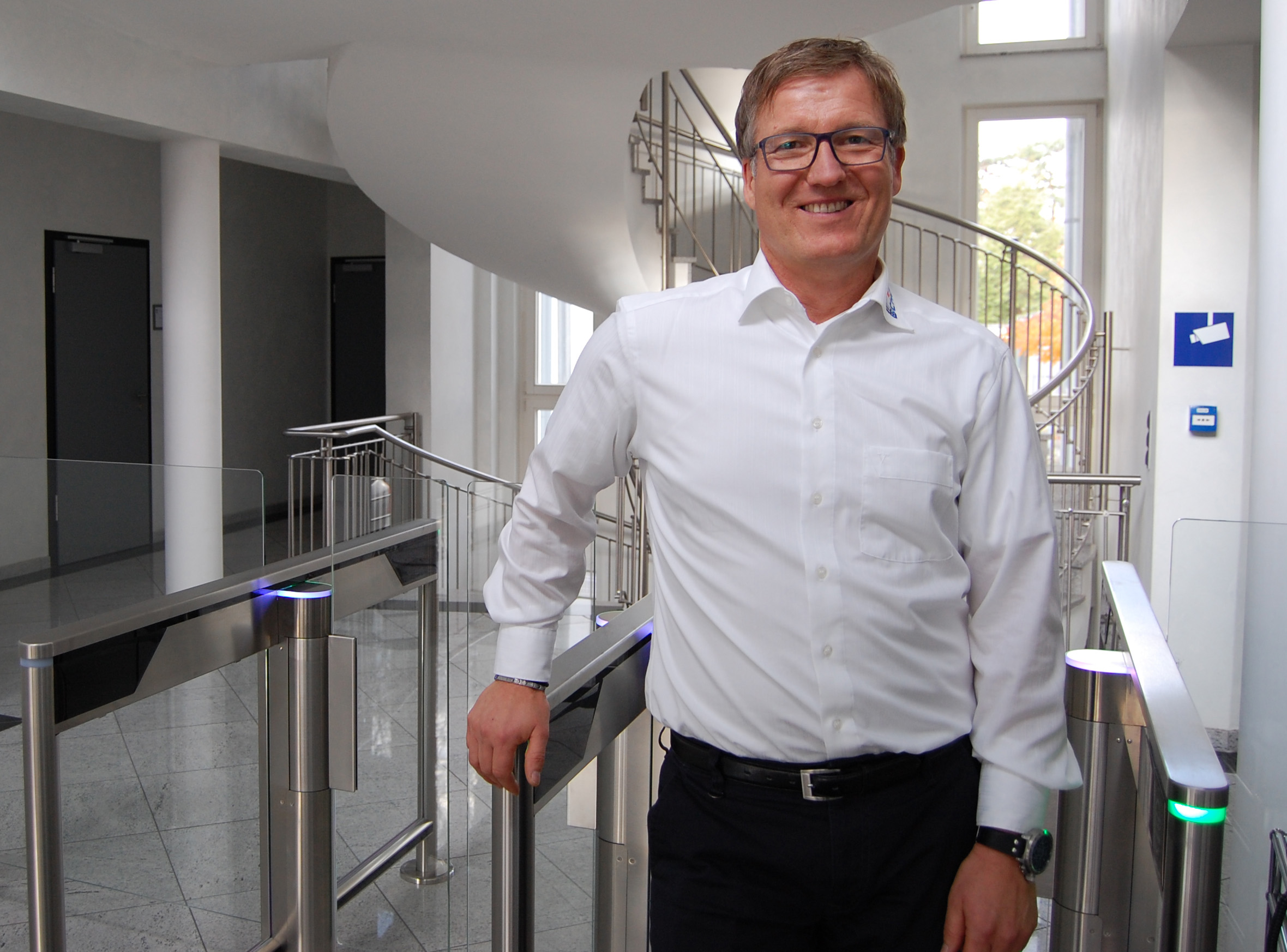 The people responsible decided to install suitable security barriers in the reception area as part of comprehensive renovation measures. Scholl Sicherheit + Komfort GmbH was commissioned to carry out the project and it called upon proven experts from the security firm Automatic Systems. The two companies have been working together for twelve years, with Scholl Sicherheit + Komfort undertaking the installation and commissioning of the Automatic Systems pedestrian entry barriers. Stephan Stephani, Sales Manager within Germany for Automatic Systems, and Carsten Scholl, Managing Director of Scholl Sicherheit + Komfort GmbH, examined the issue together and developed a design. There were many different requirements for the new security system. It would have to be visually compatible with the existing architecture, not bulky while still presenting a clear barrier to unauthorised persons. It was also important for the customer that the safety barriers had glass elements and that passing through with a trolley was possible. “We ruled out certain security barriers immediately due to the requirements stated and the limited amount of space in the reception area before ultimately opting for SlimLane. It has a unique way of working, it is visually appealing and it scores highly with its swinging doors”, enthuses Carsten Scholl. 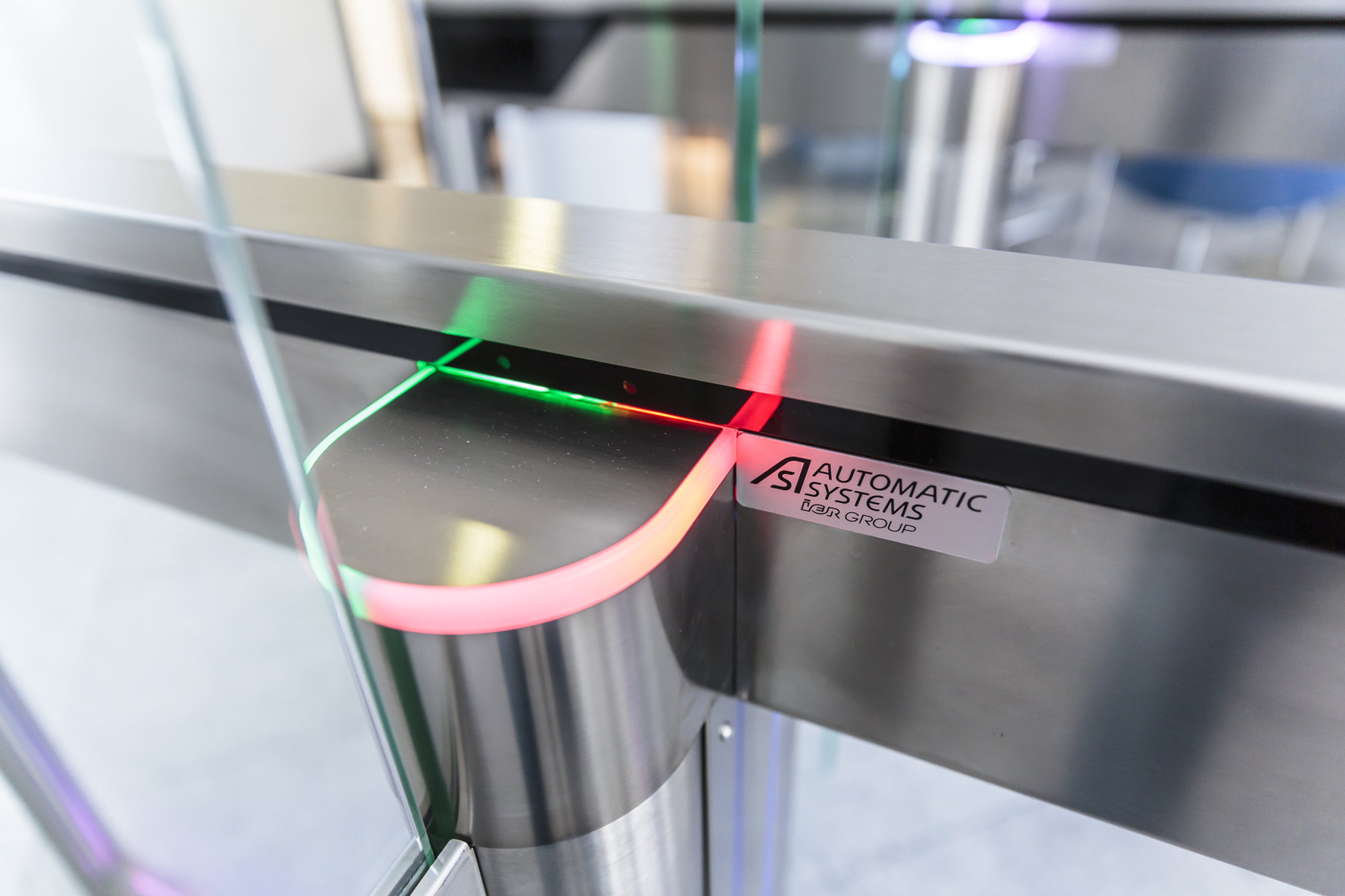 Two SlimLane systems are used at the institution and they make a positive impression with a transparent and elegant design. The double-leafed glass doors, which open in under a second, ensure swift and seamless access during the peak morning period in particular, when 75 employees enter the office building. Operation is intuitive as coloured lighting indicates the current status and the doors always open in the direction of entry. “The system is equipped with a card reader system and it connects the time recording which was present previously with the access authorisation via a card”, Stephan Stephani explains. The sides of the SlimLane are also equipped with glass so that no unauthorised persons can bypass the security barriers. The side elements stand out due to two LED strips, the colour of which can be quickly and easily changed via a remote control. This provides a pleasant atmosphere and the colour can also be changed for special occasions. The passing of two or more people at the same time is prevented along with forcible opening in the direction of entry. In the latter case an electromechanical lock is activated which operates the system’s brakes automatically and denies access.

The barriers move freely in the event of a power failure and it is possible to leave the building at any time. SlimLane does not present an obstacle for visitors either, as guests are collected from the reception area in person by the person they are meeting and opening occurs from the inside. Leaving the building is also extremely easy as neither employees nor visitors require renewed authentication to do so. “Installation of both SlimLane systems was completed within one day”, Scholl states as he praises the straightforward handling and he continues by saying that the people responsible for the project and the employees of the financial institution are very satisfied with the new technology in the reception area. “Shortly after commissioning, a few employees stated that it was easier to get in previously. That is exactly what we want to prevent with SlimLane. Unauthorised persons and outsiders will not be able to enter the building unobstructed, while employees are allowed to enter the building after a brief authentication process”, Stephani concludes.