Brussels South Charleroi Airport (BSCA) and Automatic Systems have worked together for some time, and that fruitful relationship looks set to continue. All of Automatic Systems business segments including pedestrian, passanger, vehicle and high security can be found at this airport. Pierre Deroubaix, Maintenance and Infrastructure Manager at Charleroi Airport today noted his keenness to harmonise the equipment on site by collaborating with Automatic Systems. He also highlighted the reliability of the company’s products and the quality of its services.

Since its launch in 1991, BSCA has enjoyed an extensive expansion in both infrastructure and passengers. Because of the nature of its activities, Charleroi Airport which occupies around 270 hectares, is highly focused on securing access for its passengers and boosting throughput. Today the airport welcomes more than eight million passengers a year, with peaks of 15,000 passengers daily in the summer. This does not include the frequent entry and exit of staff working on shifts. To ensure the optimal throughput of passengers and staff, as well as their security and the protection of infrastructure, the airport has to rely on tried-and-trusted products as well as a reliable local service that minimises any delays in the event of a response.

Automatic Systems’ range of products meets all the airport’s needs in terms of security, automation and smooth passage. Equipment comprises BL4x vehicle barriers with or without a retractable bollard, SlimLane access entry lanes, and tripod turnstiles. Thanks to the SlimLane fitted with a boarding card reader staff are freed, with some exceptions, from checking passenger documents. The RSBM50 and BL 44 barriers enable the airport’s perimeter to be secured, preventing terrorist attacks. The RSB can for example stop a 7.5 tonne vehicle travelling at 80 km/h. Just recently Automatic Systems lengthened the PAS761 exit-only doors installed at the international airport’s exit so as to enhance detection. 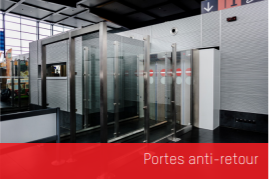 The BSCA recently took over direct responsibility for the car park management. With the aim of harmonising its equipment, the airport has fitted Automatic Systems’ BL 229 barriers in the taxi parking area and in the new P4 car park which has only been in service since September 2018. Automatic Systems celebrates its 50th anniversary this year, however 2019 will also see the continuation of a long collaboration between its two ‘Made in BELGIUM’ companies. 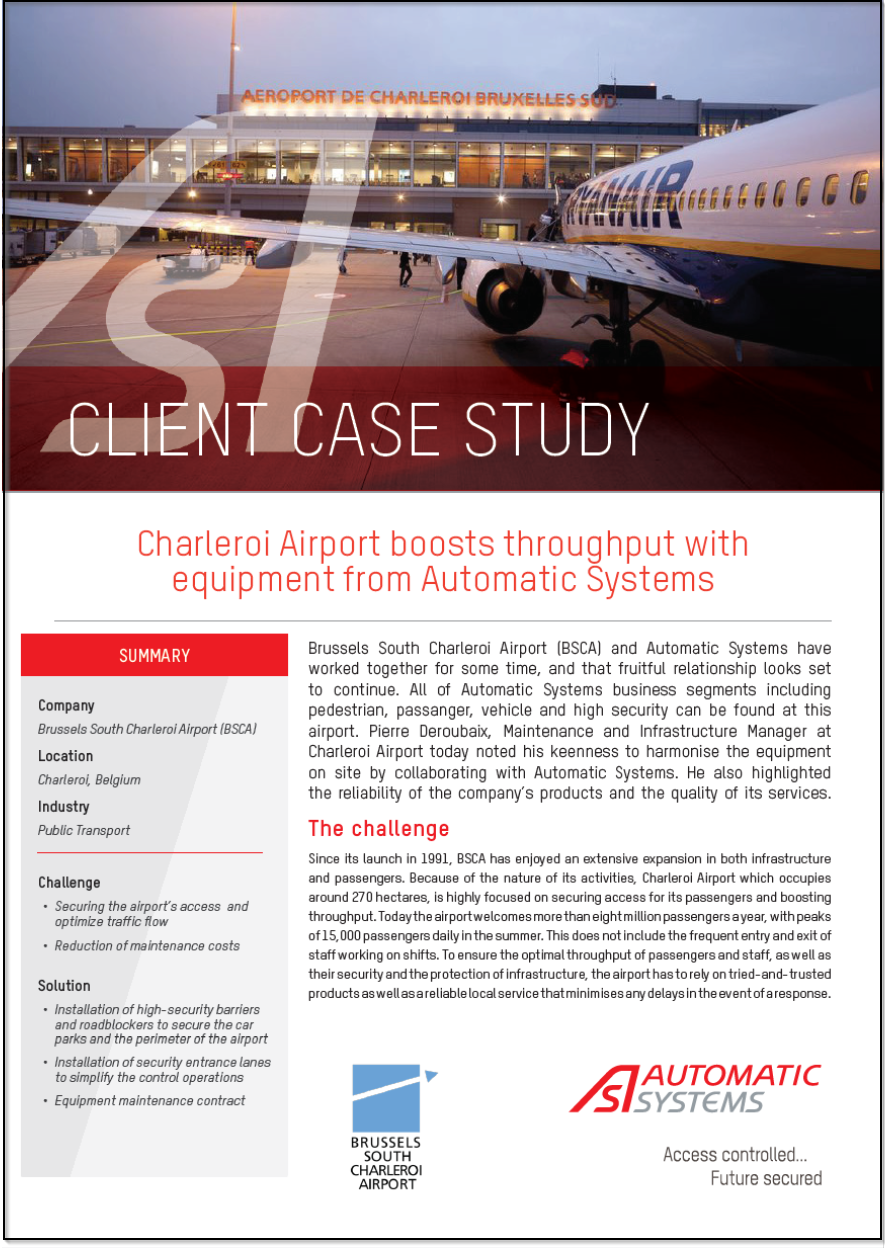 Click the button below to read the full case study.